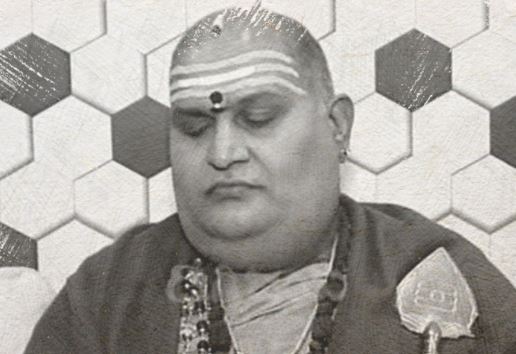 When young, I was scared of any religious man. So much so, that my mother used to advise my father to remove/avoid excessive symbolic marks of Hindu Culture. My father, being a very nice and kind person used to make sure his religious practices were never severely imposed on us, except a few times which is understandable.

In the picture above is the Jagadguru, with the vibhuti marks. He looks pious and sacred. But, to be honest I used be scared of even this level symbolism when I was very young.

But today, Hindu symbolism has gone over the top.

In fact, I am sure, youngsters of today muster a lot of courage to look at even pictures of so called swami’s of today.

Have a look at this man.

Even adults will be scared to look this picture. When I showed this picture to my wife, she had a semi scared/surprised look on her face.

He is called Bhramand swami and is on talk shows and many interviews in Karnataka,

He has made many predictions on various subjects including covid and elections and so on.

Let me know what you think in the comments section.

If you are curious, just google Brahmand Swami – he is also on youtude