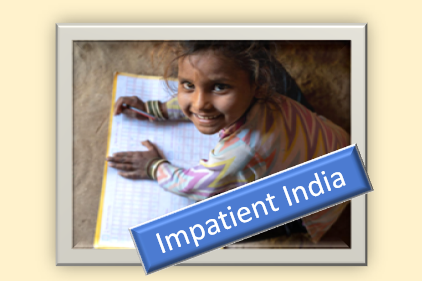 As we move closer to 2024 General Elections, in about 12-14 months, Modi ji has begun setting the stage for probably his last election contest.

The above statement during the inauguration of Vande Bharat Express from Secunderabad to Visakhapatnam, gives many indications. Firstly, he is going to contest the next elections?

Yes, he is contesting the next General Election also. Without doubt.

Modiji, a nationalist, knows some day, has to transfer power to a new Prime Minister. He also knows, to preserve and protect what he has done in the last 10 years, the transfer of power has to be to a very very capable person.

Also, having served nearly 10 years and also having set the condition that above 75 years of age means retirement, Modiji knows he will not be around as PM for long. So, the ground for a successor has to be worked on soon.

So, the campaign agenda has to be chosen in such a way that people of India will receive it and at the same time it fits the persona of the heir apparent.

It will be appropriate to factor in, the strategy of the opposition or the two main opposition groups. As the slogan of the Ruling Party has to counter the Opposition’s slogan also.

The opposition broadly has two groups.

Before we discuss the strategies of the respective groups, let us look at how many types of PM posts are possible.

BJP wins majority and elects its own PM is one possibility.

One opposition group wins majority and elects its PM, definitely after a bitter fight.

A Compromise candidate, who is pushed into the seat but who has no real power.

Nitish Kumar has exited out of NDA as he has realized he has no chance of becoming PM by staying with BJP. He seems to have worked out a strategy with Laloo and his son, that if he is supported for PM post, he will give the CM’s post.

Mamata Banerjee is trying to be in the good books of PM, for a situation where BJP loses majority and is willing to support her as a compromise candidate.

Arvind Kejriwal is an untouchable for all opposition leaders as they are scared he will outsmart everybody.

KCR of Telengana is also ready to be the compromise candidate, having got his son KTR to be ready and bag loads of money.

Chandra Babu is also ready, with his son ready to work with Pawan, and he himself ready for the position of compromise candidate.

Rahul Gandhi has taken the first step, in an effort to set the agenda,.

With the Bharat Jodo Yatra, Rahul Gandhi has conveyed that “Uniting India” will be slogan for the coming elections. Which actually means BJP has broken India. A major question is how is this slogan addressing Congress’s constituency? Minorities. Or has Congress shelved its targeting of Minority constituency? Then is it addressing Majority community? But, it is highly unlikely that the Majority community thinks BJP as a divisive force. Certainly, some sections of Majority may not agree with right wing outfits, but it is highly unlikely that they consider BJP as a divisive force.

How much of this strategy of Rahul Gandhi will work is a different question altogether.

Countering this, is Modiji’s slogan of an impatient India thirsting for Growth.

The next 12-14 months will be interesting as Modiji and his Govt. will unleash several steps, announcements, inaugurations, projects and schemes, and credit all this to the impatient citizens of India, thirsting for growth and prosperity.

Gujarat elections was a trial run and it succeeded very well.

This experiment will be tried in more upcoming state elections.