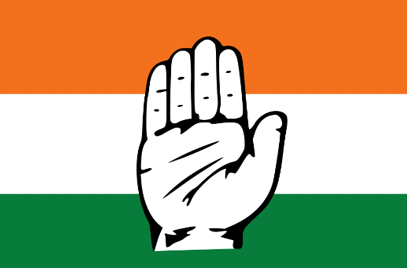 Look at this video:

In the face of acute disgrace, see how he effortlessly moves as if he has faced this situation in life any number of times.

Look at this video:

A deceptively innocent interview, which Rahul Gandhi reveals his lack of grasp on how to turn an interview to his advantage.

So, What is Congress’s Basic Problem?

I have seen many people attempt to answer this question and fail miserably.

First, let us see what they are doing right.

They continuing with the leadership of Gandhi family. This is important because, there is no other who can lead the Congress in its present state.

Second, they are fighting on even though they are on the brink of disaster. How can we say it is bad. Just look at the future. Another weak performance in a General Election will mean a point of no return. Sonia Gandhi’s illness, will also weaken the party as the seniors do not want to work with Rahul anymore.

Third they are in a Status Quo mode. Everybody can do their own thing, as long as they do not get caught or put the party in trouble.

Now, let us at what is basically wrong with Congress?

Let us put it in one sentence.

The problem is “Those whom the Gandhi’s Trust are incompetent and those who are Competent are not trusted by Gandhi’s”.

So, how do the Congress overcome this fundamental challenge which they have not faced from Nehru’s time.

Quite a difficult question to answer.

An academic answer would be “Gandhi’s have to trust Competent People”.

If this question was put to Gandhi’s they would say, we have few Competent Congressmen and they are not trustworthy.

If you were to ask the Competent Congressmen they would probably say, we are ready to serve we are not given opportunity and freedom.

Gandhi’s have to be prepared to promote multiple strong strong State Leaders.

Give them full freedom and let them build their own fiefdoms in the state without interference.

However, make sure they do not wield any power in the Central Level.

To ensure that state leaders do not gain unwanted power in the Center, create regional leaders comprising of two or three states as a layer between the Center and the State leaders.

All this means hard work and a temporary pause on power pursuit in the Center, a strategy which apparently the Gandhi family is unwilling adopt.