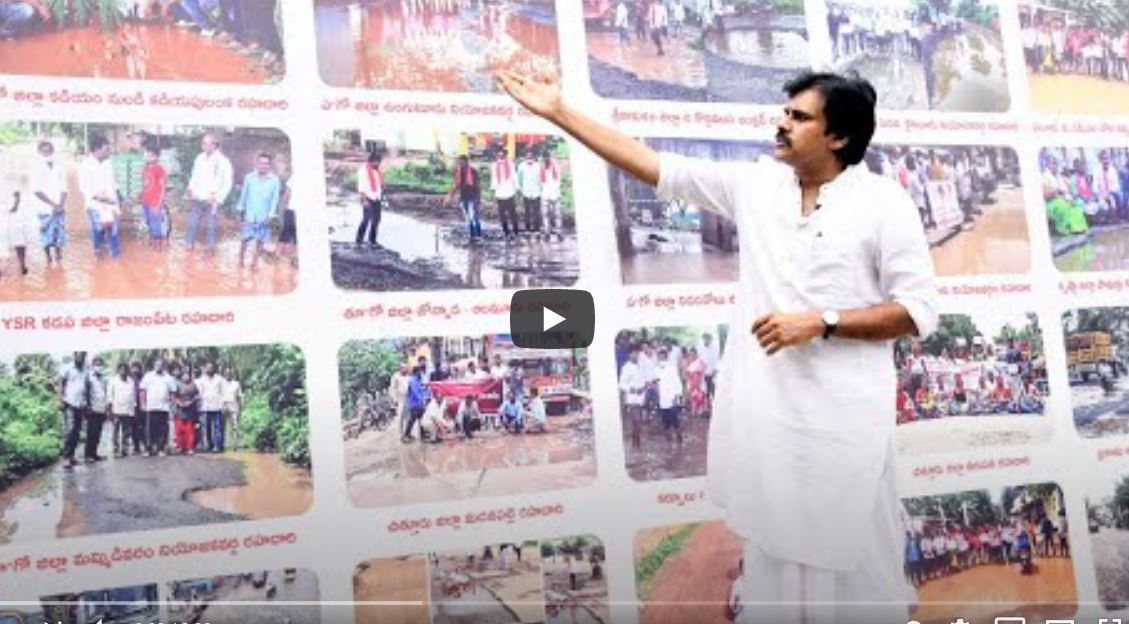 As Pawan Kalyan’s Jana Sena party takes firm steps to be a big player in Andhra politics opposition to him is growing in Andhra Pradesh. Andhra politicians are sitting up and taking notice. Not just that, they are calculating their stakes in the unfolding scenario.

But, what is appalling is the vitriol spewed against him personally. It was seen when Narendra Modi started gaining ground in national politics. And, those who are my age will recall, Senior NTR also attracted such a low blow abuse against him.

So, what are the reasons for Andhra Politicians to be scared and worried about the rise of Pawan Kalyan.

Reason 1: Organic Growth of the Party

Jana sena established in early 2014, is growing organically meaning it is spreading its wings based on people’s participation and people who like its working are joining and supporting. These are hardcore workers and will form the foundation of the party which is like a cadre based party.

Reason 2: Money is not the driver

The party is attracting voters and karyakartas who are not being purchased with money unlike other parties. Those parties which thrive on money power will crumble once power is lost, like the congress which is crumbling without the steady supply of money into coffers.

Youngsters from the age bracket of 20+ to 40 are more in number indicating a trend which is scary for any opposition. Youngsters can swing the vote by aggressive campaigning in the run up to the elections.

Reason 4: Not a caste based Party

Unlike TDP which is a Kamma based party, and YCP which is a Reddy party, Jana sena is attracting all. And, the party heterogenous mix can through up more talented people in administrative positions in Zilla parishads and Corporations level also.

As he gains more experience, Pawan Kalyan is proving to be a better communicator. He is far better than Chandrababu Naidu and Jagan Reddy. His words are crisp, simple and audible. Chandrababu is a dull speaker, and Jagan is a boring speaker, which will dull the audience after some time.

Pawan Kalyan is earning well even today. He is 50 yrs old, but draws crowds like a 30 yr old hero. Which is remarkable in itself, but is very important for him to be a respectable partner with BJP, as he is spending his own money.

If you look at Pawan Kalyan’s movie career he has sustained himself for a long time. Quite demanding as he is competing with younger set of heroes and audience which has changed rapidly in the last decade.

If one were to consider his political player he has sustained for 6 years and growing. Which is not easy as he has no political lineage. He has built everything by himself.

Reason 8: Recent ZPTC and MPTC Elections and response to broken road network in the state

The wins in a pandemic environment, where he himself could not canvas much, and closely managed by YCP, are more important than numbers indicate.

The wins are concentrated in districts close by, which means strong roots are taking shape, people are moving towards Jana Sena. Incidentally, the two districts are rich and contribute major taxes to the state exchequer.

He has wisely tied up with BJP. Just look around. Whichever party has tied up with BJP and worked with it has benefitted. He is keeping them happy by positioning himself as a true secular not a pseudo secular (in his own words).

He is also not shy, to give credit to the Central Government where required which is a honorable thing do, being a CM candidate. Unlike, Chandrababu who never bothered to give credit.

He is repeatedly asking women to take up a bigger role. Which is notable. Senior NTR had unstinted support of women. His victory vote margins were quite huge for this reason.

On a lighter note, Women seem to be more happy to be Pawan Kalyan’s sisters! Just like Lord Krishna!

These are the Ten strong reasons why opposition is scared of Pawan Kalyan.

We can expect things to heat to up in the next month as the road program is intensified.