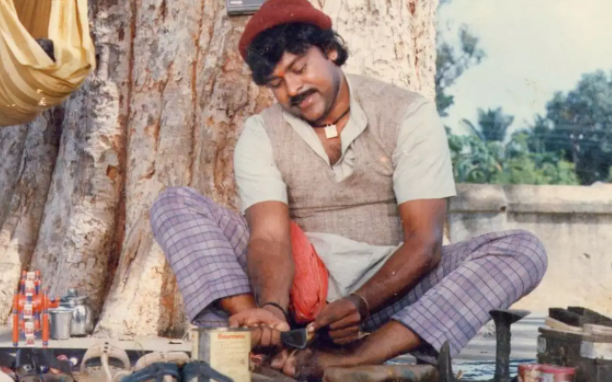 To answer this question I have to take you to a famous all time hit Telugu Movie – Paramanandayya Sishyula Kadha.

In this movie, there is a song sung by all 7 comedian characters answering a question which bothers us all the time – Who is a Pedda Manishi?

Credit to Lyric Writer for the song- Kosaraju (wiki)

The credit for enacting this song goes to the famous telugu movie comedian – Padmanabham.

Of all the rich people in the Telugu Industry, Chiranjeevi, to my knowledge is among the top or is the richest.

This gives Chiranjeevi a certain status in the Industry and the society. It is hard earned money too.

He is one of the highest Tax payers.

He is a family man. He loves his family. He is lucky as they love and respect him in return. Remember Obama?

Coupled with that he is occasionally starring in a movie and continuing his highly successful and lengthy career. Which in itself is rare and gives him a status.

Added to this he is a charitable man – which gives him a certain respectful status in the society which is not easy to get. Every crisis he has responded without hesitation.

Coupled with this, he has gratitude and respect to those who deserve it. He knows who is a Pedda Manishi and who is not. See his affection for Dada Saheb Phalke awardee Kasinath Viswanath, who himself is a man of values.

In Telugu this quality is also called as viluvalu. Very few others in this industry have such a remarkable set of values. Don’t you think so?

I am prompted to write this article, as most of my immediate relatives and friends are all pedda manushilu.

Just want to let them know.