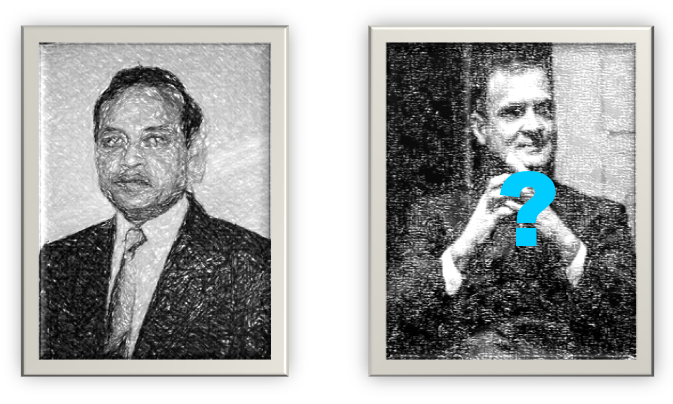 I am a lucky person in many ways. Most of my relatives all have been honest. We have never taken bribe, paid all dues, and never cheated.

I have been lucky in my marriage also – my father-in-law, Shri. Narra Srinivasa Rao, was also a very honest person – so much that a Restaurant Owner, made him in charge of Billing and managed the show in absentia.

My late father an ex and aggressive banker was so honest that the Top Management trusted him fully and gave him a free hand. He had no black mark against his name in his long 35 years service.

In this post, I will narrate an incident, which will endorse what Shri. Subramaniam Swamy has been saying all along regarding Rahul Gandhi, his interrogation at the ED office, and the protests by Congress workers.

I will come to that soon.

After my father retired in 1998, some 5-6 years later, one regular Friday morning, we received a call from a CBI officer asking him whether he could meet them in CBI office on the coming Monday morning at 11.30 AM.

My father did not ask any further, might be he had decided to face it.

So, on Monday morning, I went along with my father unwilling to let him go alone. My thoughts were, what if they harass him, he would need someone to support and bring him back safe.

Yeah, meanwhile, I forgot to mention, my father called up his friend, a serving IGP officer – who said attend the meeting and let me know what they said.

And on Monday morning, off we went, and were directed to a typical Govt. office.

A lady opened the cabin door and asked who is Mr. Murthy and asked him to come in.

The meeting started at 12 Noon, and I was waiting out in the lounge a bit nervous, but fairly confident that my father would handle it well.

I was getting nervous. My father was diabetic, hypertensive, and had survived a heart attack a few years earlier.

Anticipating delay, he had had his lunch at 11.00 AM and kept some biscuits in his pocket.

Finally, at 3.00 PM he came out led by the officer, a polite lady, shook his hands and said bye.

In return my smiling father said “Madam, Call me if you need any further clarifications!!”

I accompanied my father to the car, knowing fully well, once again, that he had won the day. He was and is always my hero, in professional and human relations.

He told me, it took a long while to explain to the CBI officer, how the ONE particular proposal was initiated at the Head office, and how it was processed at the Branch level (he was heading the Industrial Financial Branch) and on what basis the proposal sanctioned by him and the purpose of the noting he had made on the file.

As a pre-caution, he had mentioned what care should be taken to enhance the limits!! Clever Banker, he was.

It seems, the officer told my father “You have a good recall of the proposal even after a decade, and able to pin point the micro details without looking much into the file”. They had the original file with them!

And, “You have given me all the background I need to investigate further”.

It appears, the loan was mishandled two years after he left.

After leaving the CBI office, we both went to a Darshini in RT Nagar, Bengaluru, had IDLI and Sambhar with hot Coffee, and went home smiling, to be greeted by a disinterested wife and playful son.

We did not bother our IGP friend.

This is what Shri. Subramaniam Swamy is saying to Rahul Gandhi and Sonia Gandhi.

If you are innocent, prove it!

Thank you Dad! for the wonderful memories.